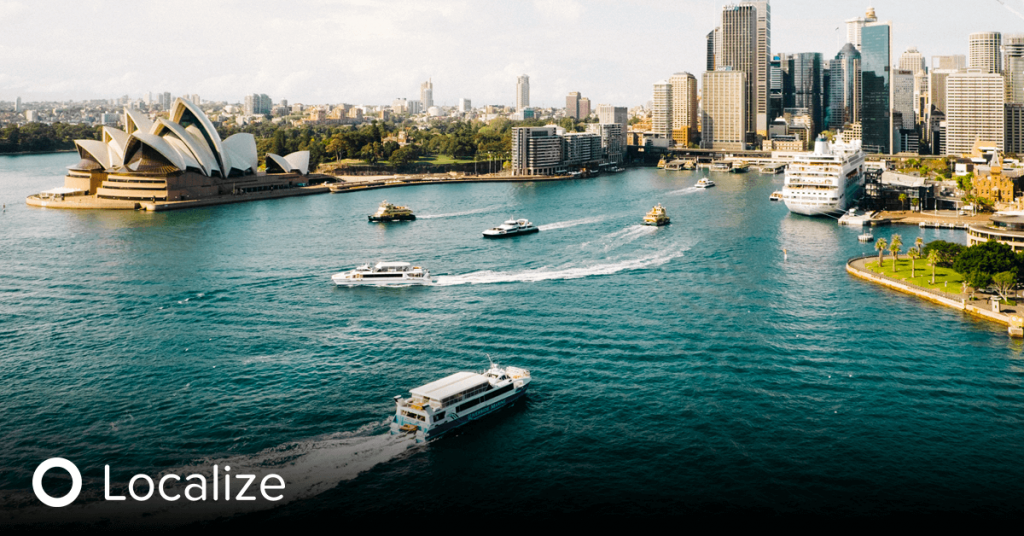 Where do Most Australians Live?

What do you think of when you think about Australia? Probably the outback with its wide-open spaces. However, in spite of the overall vastness of the country, over 80% of Australians have their homes within fifty miles of the coast. And, most reside in the major cities of Melbourne, Sydney, Perth, Brisbane, and Adelaide. This link with an interesting map will demonstrate that, in fact, Australia is the outback with a few cities dotted along its coastline.

What Kind of English do Australians Speak?

When localizing in Australia, many international companies just rely on standard British English. However, it’s worth taking note that this is fine only up to a point. Australians do use British spellings such as theatre, authorise, and colour, but “Aussies” have developed a rich vocabulary that is all their own. Here are a few examples – click here for some fun reading and a more complete list.

While many Americans are bundled up against the cold of winter, “down under” Australians are wearing their “bathers” and enjoying the beach. This provides an excellent opportunity for savvy American clothing retailers to market beachwear during the US winter.

Like the rest of the world, Australians are very familiar with Amazon. However, they are more likely to be enamored of their homegrown shopping site called Catch. This Australian e-commerce conglomerate is the largest online retailer in the country. Club Catch boasts over four million subscribers and offers free shipping just like Amazon Prime.

There is an Australian Target that is completely unrelated to the American Target. Eventually, the two Targets will have to work something out with respect to their competing brands in a global marketplace. The dual Targets are just one example of the replication of would-be global brands. Sometimes the in-country equivalent of a worldwide brand is accidental, but in some instances it represents intentional copying. These situations are likely to keep international trademark litigation lawyers quite busy as global trade continues to increase.

How to Localize Your Marketing Efforts in Australia

If you want your marketing efforts to truly appeal to Australians, you need a native Australian to take a long look at your content before launching it in Australia. Localize offers a translation management platform that provides an effective and easy way to invite your own native speaking translators or order professional human translations from those who speak the uniquely Australian brand of English. Contact us and find out how we can help you to localize in Australia.